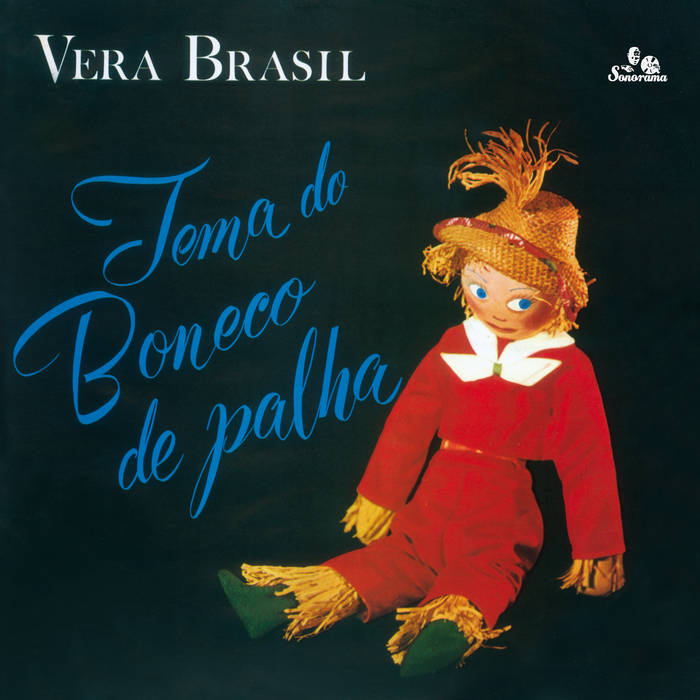 Pearly bossa nova sounds with lovely female vocals recorded 1964 in Sao Paulo – one of the most wanted recordings in brazilian music history with unique Brazilian instrumentation. “Finest, most completely satisfying representation of her art – the songs are lovely, beautifully constructed and always marvelously lyrical, simply brilliant jewels of the bossa nova idiom” (Down Beat), remastered 2006, with original cover artwork, first reissue of the one and only album of “cult composer & singer” plus band, originally released on the legendary Brazilian Farroupilha label.

This highly desirable LP from 1964 presents authentic, well-written and performed bossa nova. It contains a 100% lovely set of recordings by Vera Brasil, female singer, guitarist and above all one of the finest of bossa nova composers. The record is full of classic early bossa nova pieces: warm, ardent, romantic, full of yearning and quiet intensity. Vera`s name might not be as familiar as those of A.C. Jobim, Joao Gilberto or Luiz Bonfa, but in her native land she is justly celebrated as an important original contributor to the music. Many of her compositions have been recorded widely by a large number of performers over there. The other mentioned names are considered to be major shapers of the bossa nova movement on an international level, capable of singing passably in English and composing music with a broad popular appeal. Like Edu Lobo, Elis Regina or Maria Bethania, Vera Brasil could not enter the international markets with her songs sang superbly in Portuguese but not in English, accompanied by subtle, relatively complicated music that requires intelligent listeners.

Vera Lelot aka “Vera Brasil” was born in 1932. Her father was a pianist, maestro, composer and poet who also introduced jingles in the brazilian radio scene. She won her first guitar at the age of 15 and immediately bought a method which taught the fundamental chords, but found them very poor for her musical goals. So Vera began to search for new sounds while studying more music than singing. The girl finished her first compositions at the age of 16 and the first record containing one of her compositions was released in Brazil as early as 1950. Having started composing that early, she was in the first vanguard of the bossa nova movement of a few years later. With a lot of encouragement from international singing star Leny Eversong, she began performing her own music in the early 60s and recorded her first album, that you hold in your hands now. In 1967, she went to perform in Portugal, and participated in the recordings of four own songs sang by Simone Oliveira (Decca) as a member of the orchestra. Vera also played an important part on various festivals, won three awards, and performed in theaters, night clubs and hotel bars throughout the country. Later on, she continued in her art supporting herself in her own business, with an audio-visual studio in Sao Paulo.

“I would like you to know that it is extremely gratifying for an artist to see that his or her work is appreciated after all this time and I do hope, this project of yours will achieve the success we both desire.” (Vera Brasil, October 2006)