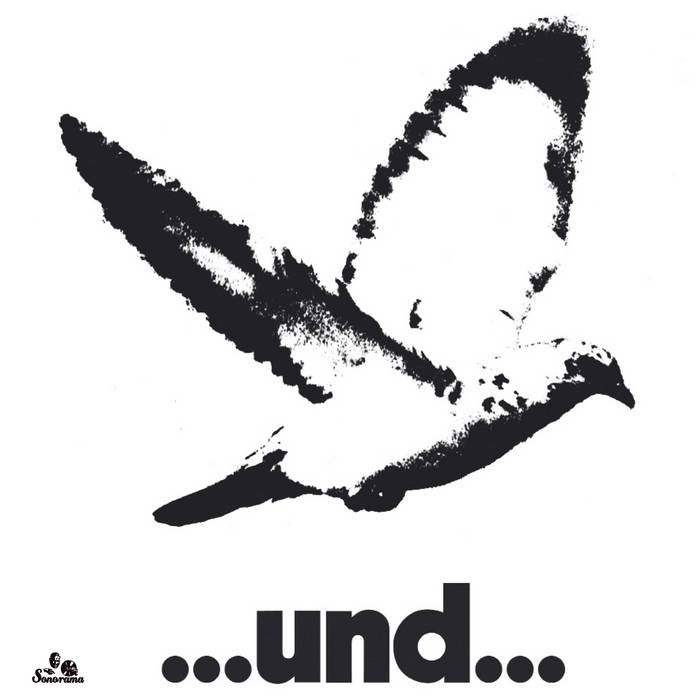 Art has its take-off, where the defect is - the words of Bert Brecht in the late 1930s. Defective, that means faulty, deficient, damaged, wasted, says the dictionary. And I remember: War continues policy by other means, Peace is our business, says the soldier, while training how to kill.

April 5, 1968: A heavy rifle bullet shattered the head of Martin Luther King, Nobel Peace-Prizewinner of 1964. Between 1967 and 1977 the United States will export arms worth of 100 Billions US-Dollars. Who will become a good boy, must learn to strike back. All together facts of our deficient life - and art has its take-off, where the defect is.

Mladen Gutesha says: Upon me, you can`t count confidently - quoting again Bert Brecht and fitting for the music on „...und...“. This disc approaches defects, damages, faults with cool lyrics in a new kind of music making. That`s why the titles are composed of fragments, work in progress, news. They bring together, which doesn`t stand together, in order to bring together some people. The assassinated Martin Luther King stood up for the real meaning of bringing things together: for freedom. „I have a dream“ - these were his words then, in August 1963, when over 200.000 marchers filled the park between the Lincoln Memorial and the Washington Monument.

„...und...“ puts together: „I have a dream“ with „Peace and power to the people“; King`s faith with Eldrige Cleaver`s martial behaviour; jazz drums with Slavonian folklore, making impudent remarks while performing sacred music; the big sound of a big band trombone with the temper of the choir. Take a look around, there is only one way: The way of reconciliation. „...und...“ enters the way of reconciliation. Our red thread: Defect - deficient life - fragments - approach - bringing together - reconciliation. „...and...“ („...und...“) conjuncts topics of the same kind, of the same validity, of the same equivalent, e.g. idyll and struggle or grief and hate.

Listen to Hirsch Glick, the youngest member of the Yiddish Literary group Yung Vilna. He died aged 22 by a nazi bullett. Before, he escaped a concentration camp to join the partisans. The first lines of his „Schtil, Di Nacht Is Ojssgeschternt“ lure into a trap. So does Gutesha´s music and even the choir with a romantic sound. But within the idyll there is struggling and shooting and dying. „For undzer naiem fraien dojr“ (dojr Yidd., dor Hebr.: genus, generation, century, era).

Wolf Biermann, composer of „Soldat“ („Soldier“) and songwriter from East Germany (GDR), has a good knowledge of provincial thinking and speaks about it often. With a voice, that „gets the great simplicity giving examples, being valid worldwide“ (Gerhard Zwerenz). Worldwide, that means in the Woodstock Nation too. More than a million of „kids“ consider the Woodstock Festival the symbol of the other, the new, the free America. They joined in the song of Hedy West, they sang their „Soldier Soldier“, because they felt an „internation“. Hating the war, the masters and profiteers of war. Soldier, no game to play!

But not everything or everyone can be reconciliated. Beat the masters of war, where you meet them. Bob Dylan for instance: he disdains them, he hates them, he beats them. But do not misunderstand! He does not think of the soldiers in their uniforms, but of those, who uniform them. „You fasten the triggers for the others to fire, let the others back with dirty hands, then you set back and watch, when the death count gets higher.“

Shouldn`t we live with the simple faith of the Latin American song „Angelitos Negros“, black angels? Listen to this simplicity: full of pain, of disappointment like a kid. Do you have your own experience belonging to a minority of poor or uneducated or foreign or drop-out or misfit people? The author Blanco, the composer Maciste, both know what it means not to belong to. Not even in heaven to belong to the right people - the white angels.

Psychology, conflict research, peace research all know, that discord starts with anti-feelings against minorities. Gutesha`s compostions and arrangements are a piece of practical education for peace. Of putting into practice the new thinking of peace education. Repeat, read again. Or the better: Listen to the experiments of reconciliation. Let the record run...